On the one hand life continued its course during the war. After Governor Wouters officially proclaimed war, most of the population did not feel the effects of the war.

But for some 200 Germans living on our island, everything changed. They were arrested on that day and deported to an internment camp in Bonaire. What happened to their homes and their businesses? For some German families, life changed forever.

The rest of the population started feeling the effects later. For instance, there was scarcity of some foods items during the war. There was even a time when the items one could buy were rationed or restricted. We will show you which items were considered luxury using the so-called ‘Caviar list’.

In the arts life continued for sure with many musical and theatrical productions. Many different people and organizations collected and raised funds to help Holland through the war years. It’s a curious thing to see for example a company listing which employees contributed to help Holland.

To protect against the German submarine attacks, a blackout was called for. When the sun went down, all lights had to remain off. How did one live, eat and read in the dark?

Some artists described this in songs. But others like Maximiliano Nepomuceno expressed this in a tin art sculpture about the Second World War. All of this can be seen in the space we called ‘Life Goes On’.

Poets Jules de Palm, Rene de Rooy and Pierre Lauffer, who called themselves Julio Perrenal composed and published Cancionero Papiamento in 1943. They were pioneers in composing songs in Papiamentu. Most about the war.

‘Skuridat’ deals with the effects of the blackout. Imposed to obscure targets on the island for the German U boats. This is a 2006 recording of the song by Pierre Lauffer jr. 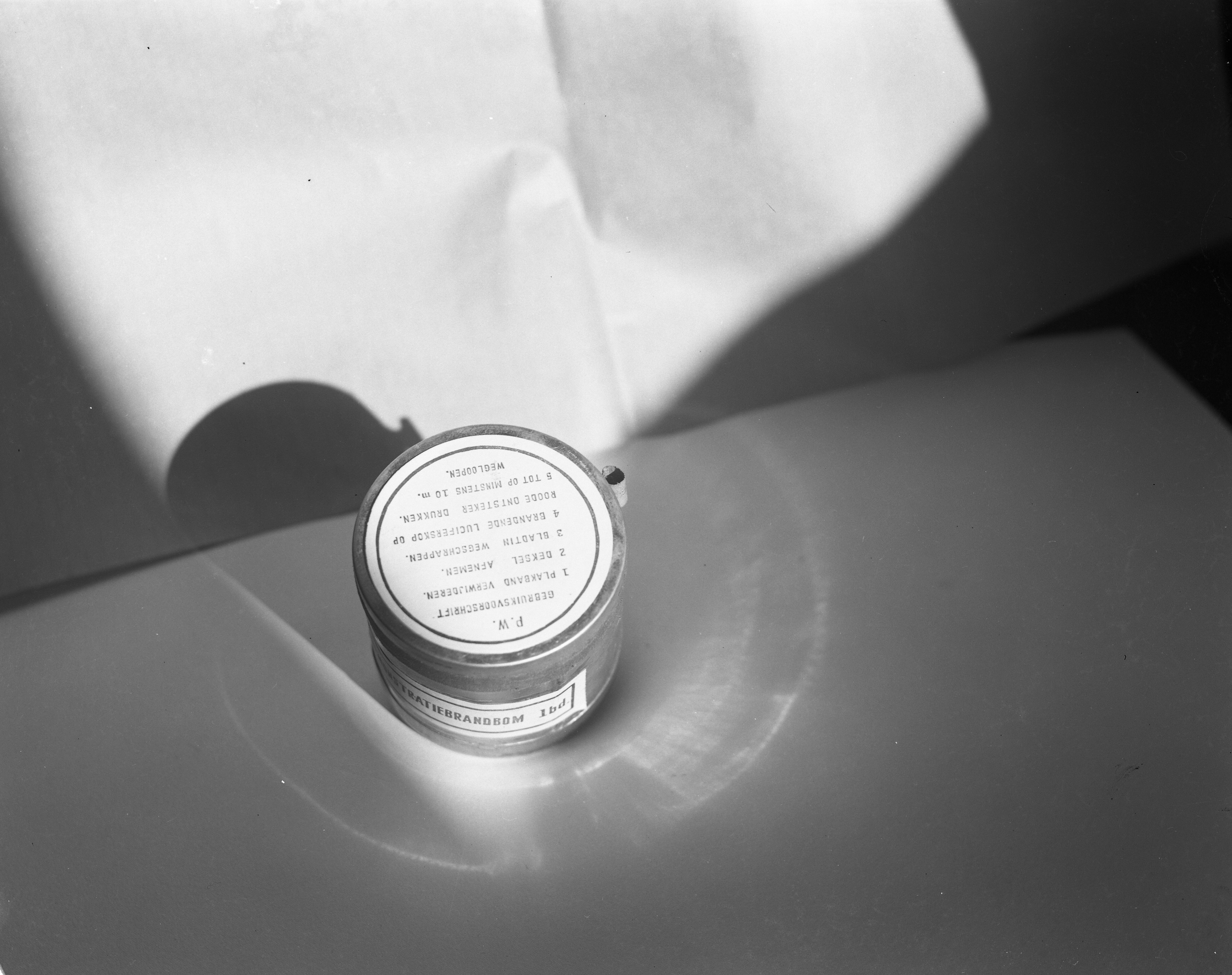 To make German torpedo attacks more difficult, a law was enforced to dim or lit al lights after sunset. When driving a car the front lamp was dimmed with a cloth. Some people started sewing those and selling them. 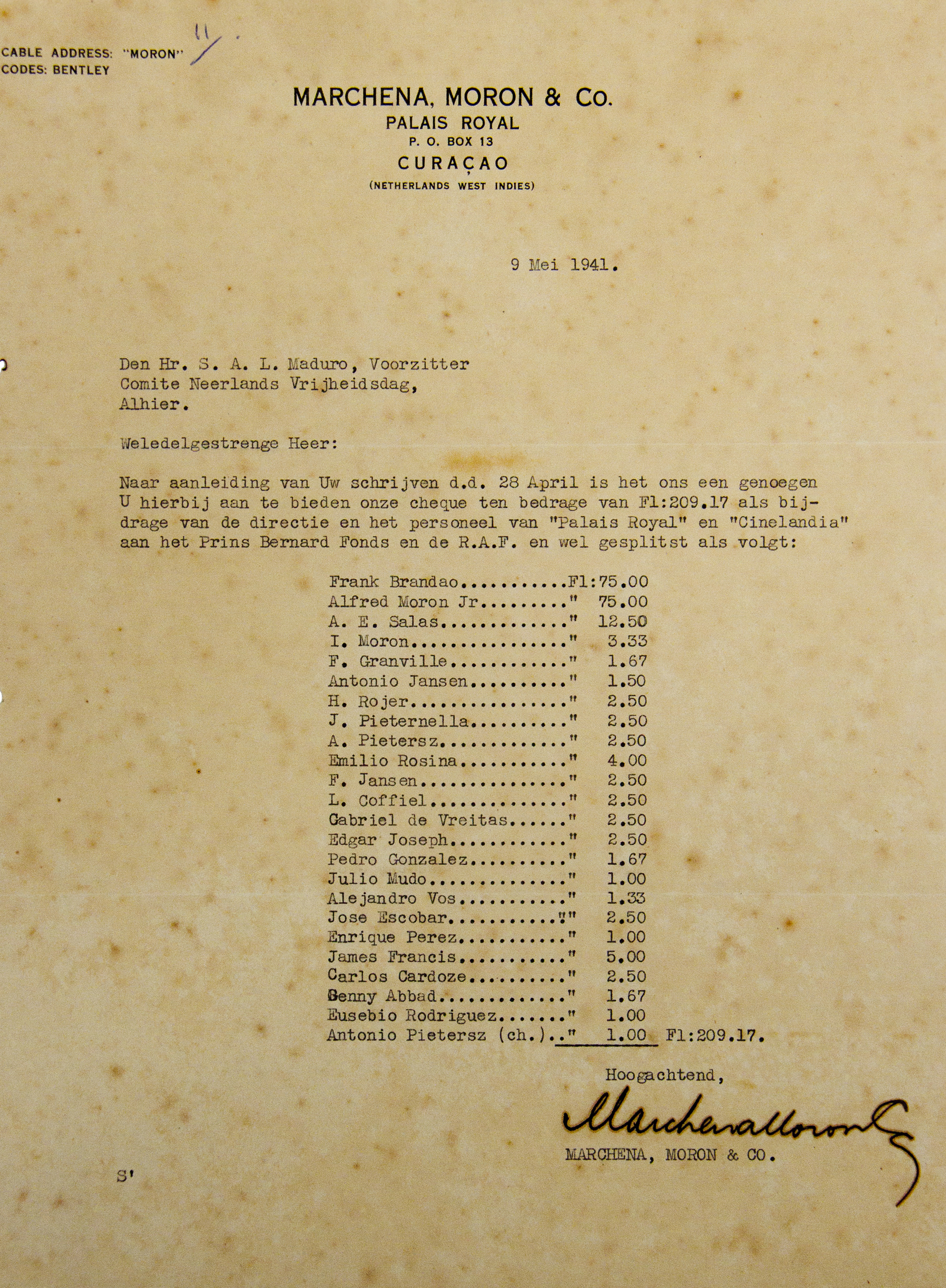 Businesses such as Marchena Moron & Co would encourage their employees to make donations to support the war bereaved. This letter shows contributions by its employees and management.

Pedro Pablo ‘Dada’ Medardo de Marchena was one of those people interned in the camp in Bonaire who was neither German nor Nazi. He was considered a threat because he was believed to be a communist sympathizer. During his stay in the camp he composed ‘bula waya’ which tells of his desire to meet the female beauties he could see walking outside the fence of the camp.
Recording by Padu del Caribe (Juan Lampe) with the Netherlands Antilles Orchestra in 1952.