When the Second World War started the Dutch government hurriedly upgraded our islands’ defences. From the beginning it became clear that especially our capacity to refine oil needed protection. The ‘Schutterij’ was founded, a small local militia which gradually grew to contain almost 3000 members.

In this space of our exhibition we introduce you to some of these men. More than 100 are still alive and have much to tell. Walk around and view photos, a helm and sentence cards of the ‘Schutterij’.

We also had to accept military help from other nations. When the war broke out, British troops came to Curaçao and in 1942 more than 1500 American soldiers arrived in Curaçao to help in the defence, replacing the British. Just in time to protect oil tankers and other ships against the German submarine attacks which ended up causing many deaths after all.

The arrival of especially the American troops brought about drastic change. Not only did they introduce and popularize things like the use of ice, but they also helped improve the infrastructure of for instance the Hato airport. We found steel plates that were used to improve the landing strip for the warplanes.

In addition to the weapons that the Americans used, we will also show how they walked, worked and lived on our tropical island. 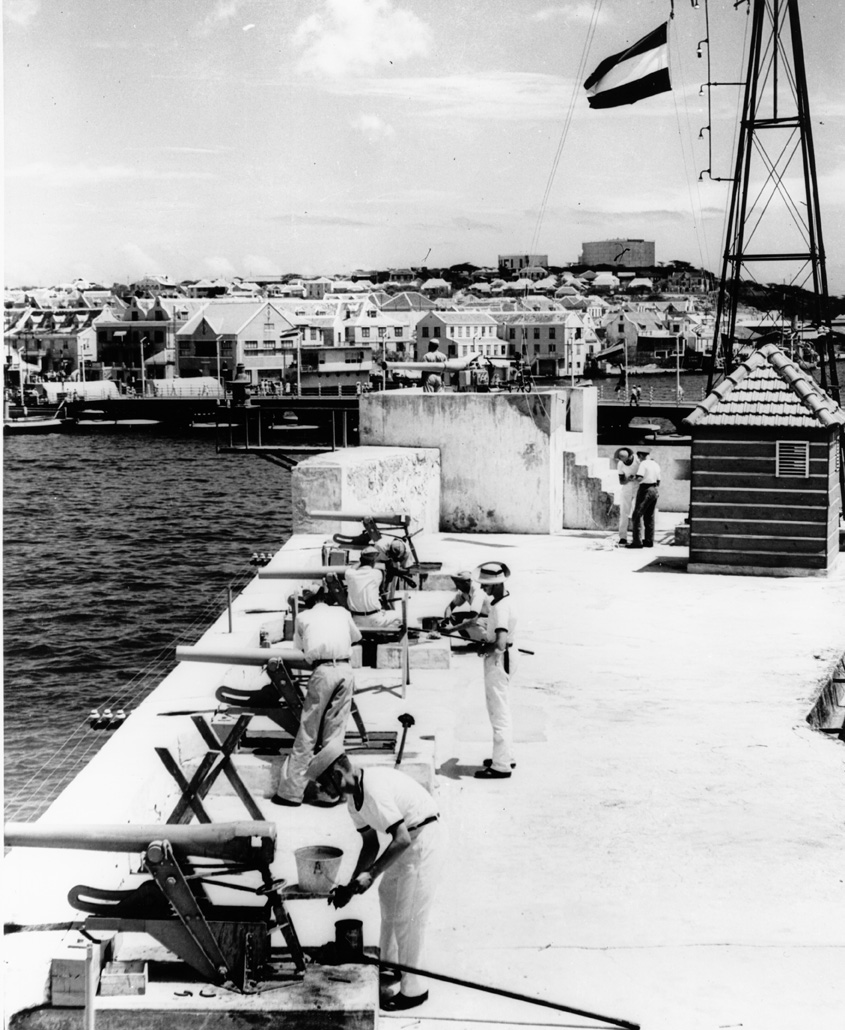 The ‘Schutterij’ was a local military division of infantries, who helped in the defines of Curaçao. On this picture they are seen on guard at the Waterfort alongside some cannon used in World War I. There are two examples of those in the garden of the Curaçao museum.

Germany launched a series of attacks with U boats against oil tanks and merchant ships around the island. They were responsible for most of the dead on the islands during the war. This video, which is a German propaganda video, tries to convince the audience of the German supremacy in the Caribbean. This video describes Christmas celebrations and one torpedo attack in front of the harbour of Curaçao. 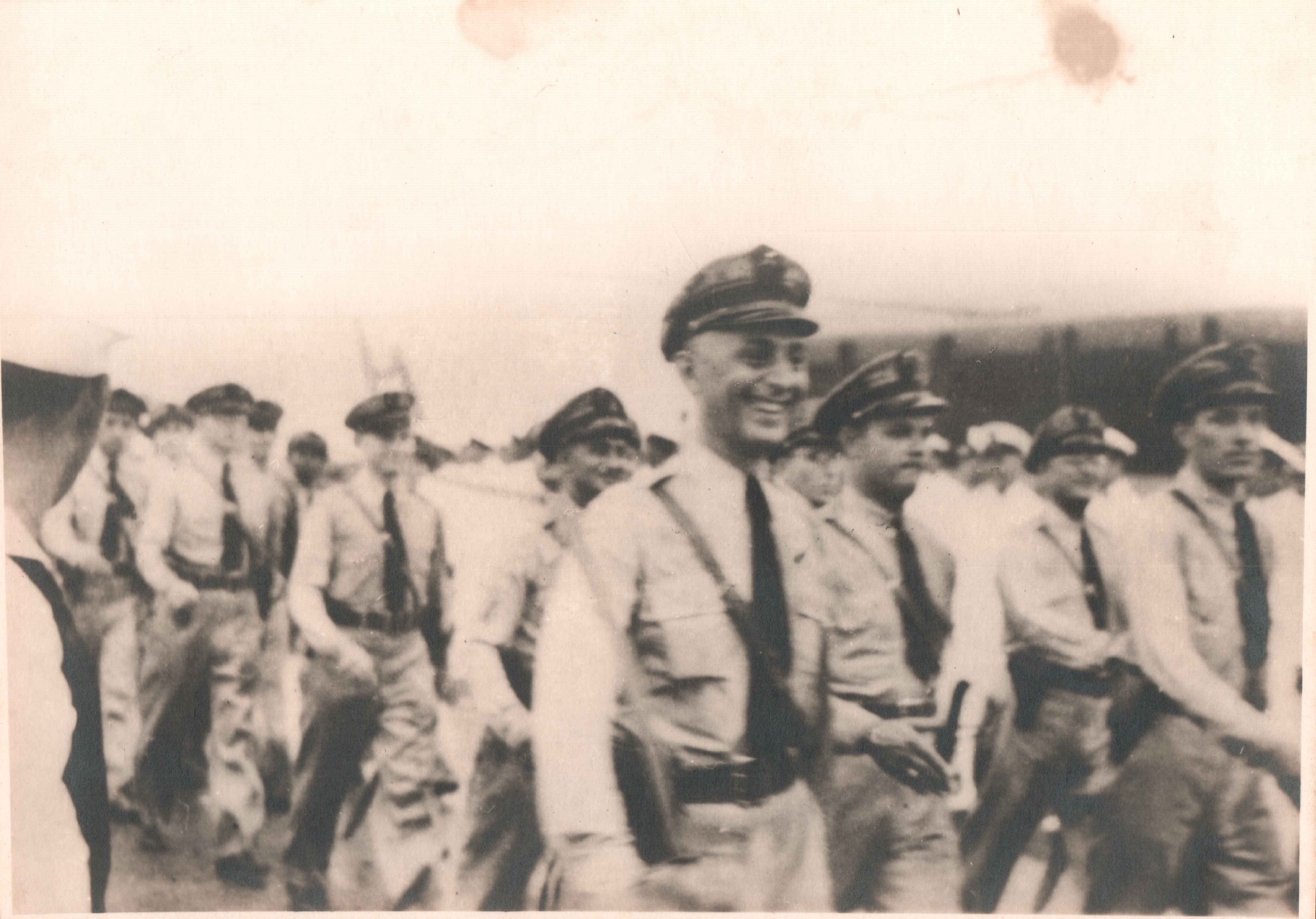 Isaac Haim (Sha) Capriles was a ‘burgerwachter’ during the Second World War. They were a sort of local volunteer corps whose members helped protect our beaches and government offices. 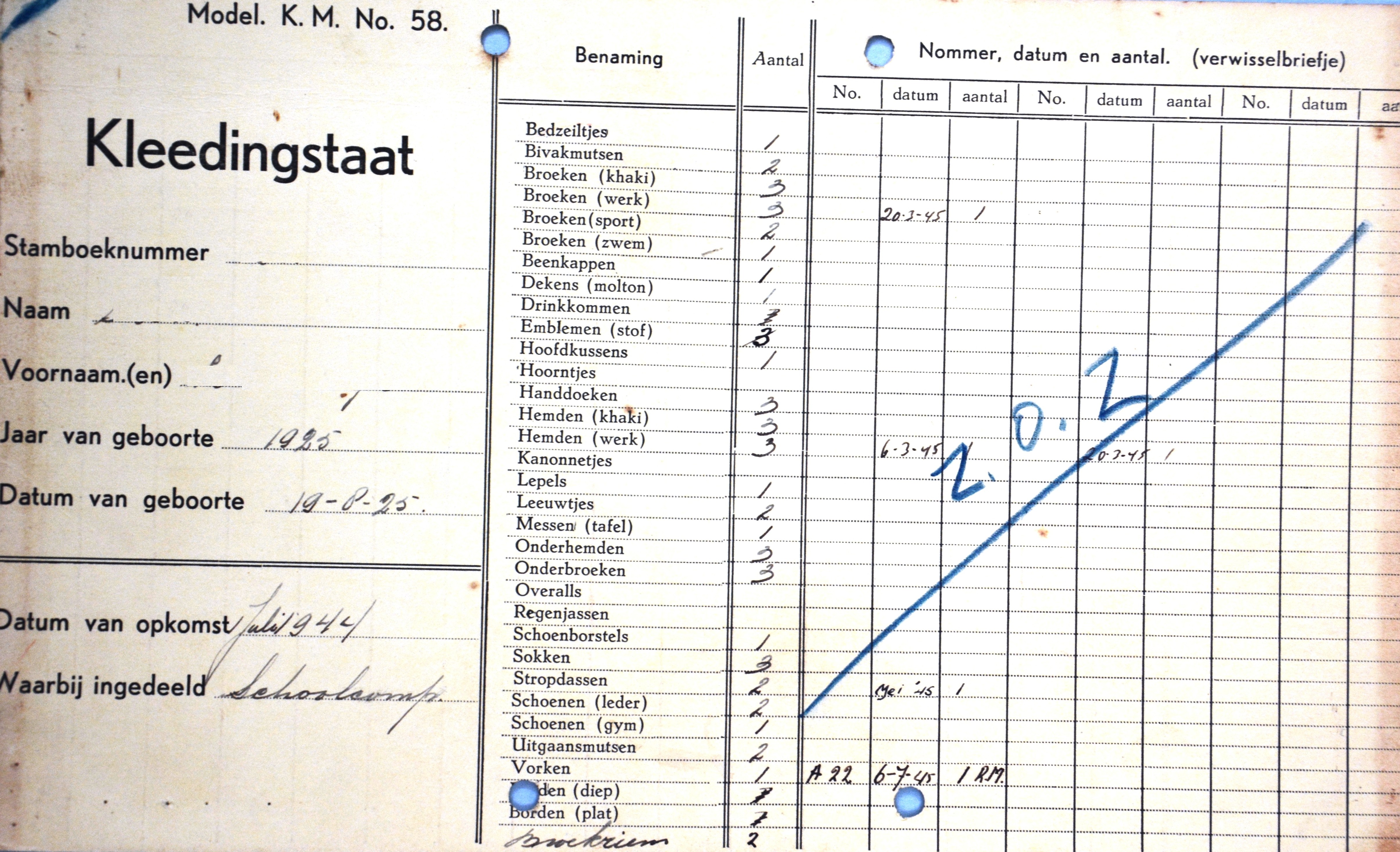 All members of the Schutterij, our local militia, were obligated to keep their uniform and shoes clean. On this card, kledingkaart, the state of clothes and shoes was noted.
Source: Archivo Nashonal